Our portable helipad lighting systems have been deployed on a global scale and are currently in use in the USA, Russia, Bangladesh, Mozambique, Kenya and Japan.

Each MIL-StarÌâå has NVG compatible red, blue, green, white visible LEDs and infra-red and is programmable to show steady -on, flash warning, location beacon or Morse Code with the option of automatic sunset switching

MIL-Stars are pilot activation enabled using VHF, operational at line of sight up to 10 miles and designed to support overt, covert and FLIR operations with a system containing up to 8 landing lights, each weighing less than 1 kg. A full case weighs only 10.6Kg

MIL-Star is rechargeable in its case via mains at 100-240V AC, vehicles at 13.5-28VDC, solar or wind power they are IP65 rated, with stainless steel base for stability and has been successfully tested at the Sikorsky Development Flight Center for stability under the full rotor wash of a CH-147 (Chinook).

Run Time Steady Up to 18 hours.

Run Time Flashing Up to 108 hours. 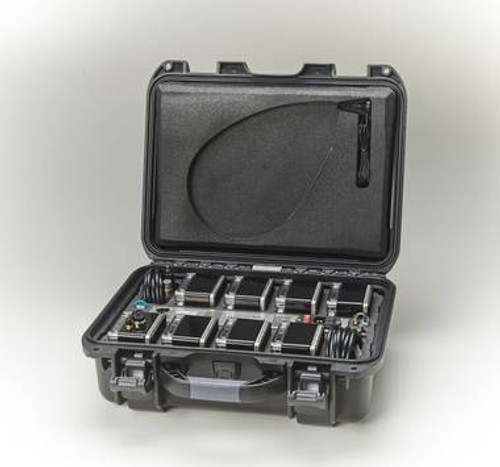